When I first started telling people closest to me that I planned to donate my kidney to a stranger, there was one question that nearly everyone asked.

‘What about your running?’

And that was a great question to be asking. Running was my identity, my passion, and my oldest friend. 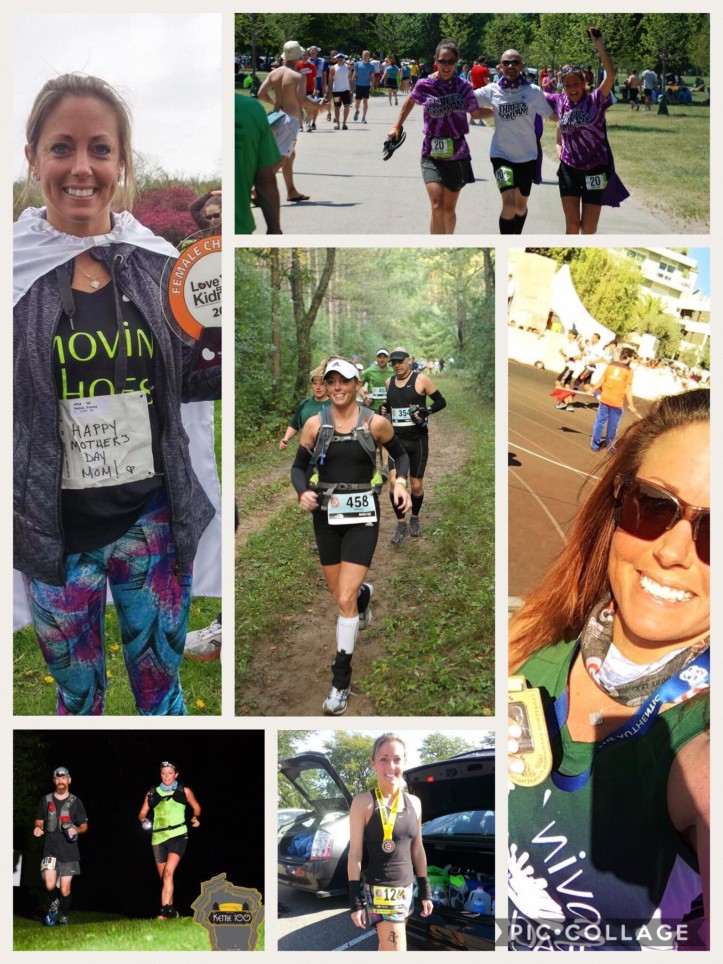 In my gut I knew that I’d be okay, but I started to really want to see other people demonstrate that they donated and were still athletic afterwards.

I found a guy who was a chiropractor who donated to his dad and had told the world that he wanted to run the Leadville 100 after he recovered.

He didn’t do the race.

That got in my head. I have wanted to do a 100 miler for a long time. Would I be able to do that with only one kidney?

(I started training for a 100 miler early winter 2016 only to get injured and not make it to the starting line, so that goal is still unmet as of right now.)

This nice guy was open to a phone call which I really appreciated. Turns out he didn’t devote as much time to training as he had wanted, and his parents were very concerned about him competing in the grueling event, so he didn’t attempt it.

I was happy to hear that his health didn’t prevent him from doing it.

As my donation date drew near I was intensely focused on being as strong and fit as I possibly could. I hit the weight room and ran lower mileage. I figured that if I was as strong as possible, getting around post-surgery would be a lot easier.

And it was. I was hopping out of bed the day after surgery, walking the halls unassisted, and proudly wearing my Athens Marathon sweatshirt as I got up to hug my visitors. I may have been really sore, but I still felt like an athlete. 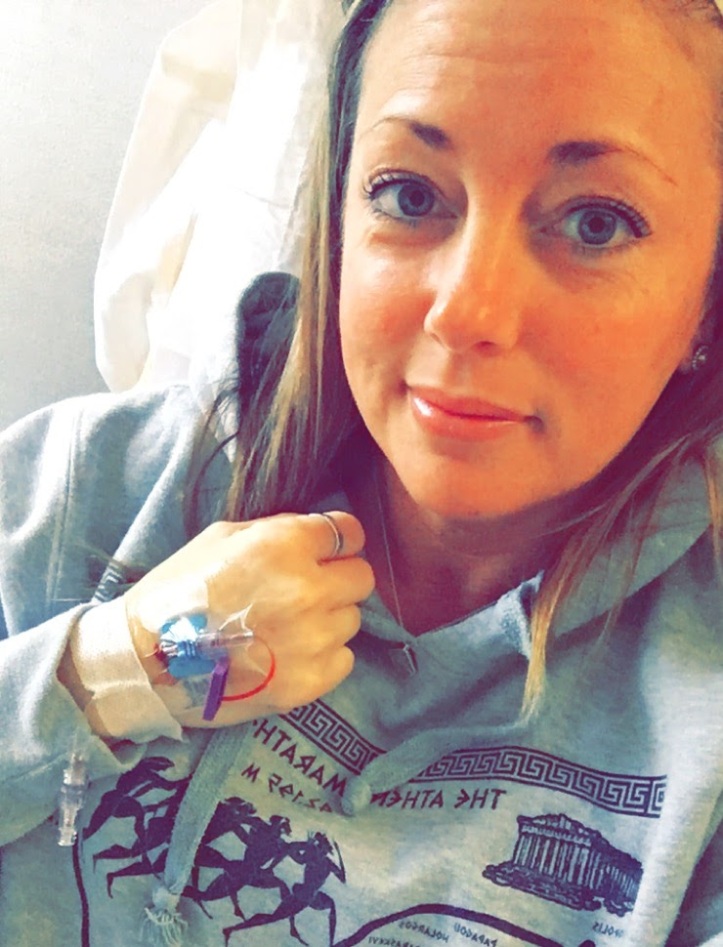 The first two weeks after surgery I didn’t think about running. I was too tired to even daydream about it. But on day 17 the bug bit me again. I decided to meet up with a weekly running group of mine and just walk.

I really thought I’d just walk. But as they waved their goodbyes and left me in the dust I had a thought. ‘What if I just jog for 30 seconds? Just to see?’ I made a deal with myself that if I had any discomfort at all near my incisions that I’d walk.

A 30 second jog interval turned into a 1 minute jog interval. And by the end I had a period of 3 and a half minutes of steady, slow jogging. Any surgeon or nurse would have chastised me on the spot, but I was willing to risk it. I was fine! I proved to myself that I could still run, albeit slowly, and then I was back to recovering.

The next few weeks I focused mainly on the elliptical, light weights, and hiking to get my endurance and strength back up. I am now just over 5 months past my surgery, and have my first real race planned for Sunday, November 12th! I haven’t given myself much of a base, but I have had two successful 10 milers in the past three weeks, so I feel good about my ability to complete the half marathon, and have fun while I do it. 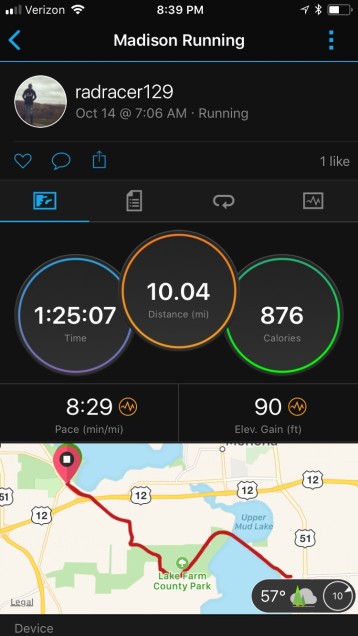 I like to feel competitive, intense, focused and strong while I am out on the race course. But this time, I want to focus on the joy of it. I want to savor the fact that I can do this. I want to celebrate that my body is resilient enough to give up a vital organ, and be at the starting line 5 ½ months later. I want to remind myself that my body is strong enough to give four other people their health back, their LIVES back, and I can bounce back and still be a ‘runner’.

Follow Leaving It Better Than I Found It. on WordPress.com